The Big Ole Santa Suit – And The Woman Who Made It

Do YOU remember Big Ole dressed up as Santa Claus?
How much fabric do you think the suit required? (Answer at the bottom of this post! No cheating!) 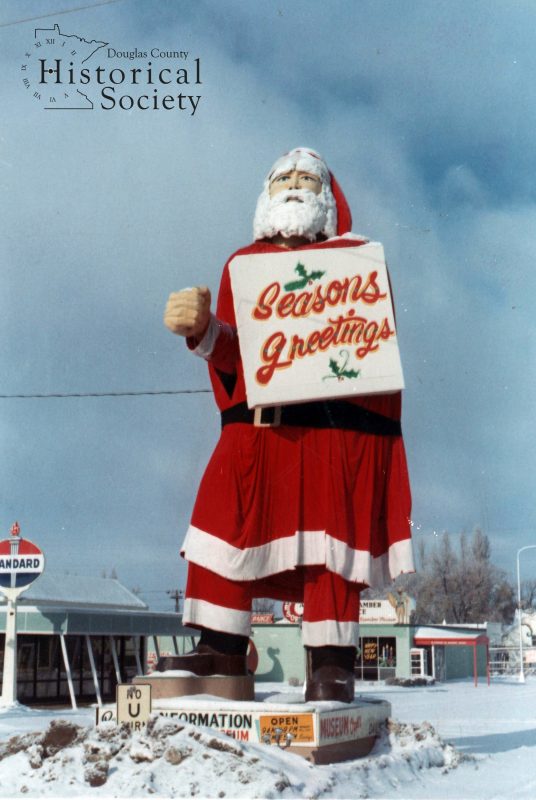 Do you know the woman behind the jolly red suit? Local seamstress Petra Anderson constructed Big Ole’s first Santa suit in 1966. She had been sewing professionally for seven years when she was approached by Everette Walters (From the Chamber of Commerce) to craft the suit, which she considered her “largest project to date.” The first suit was constructed in a bedroom-turned-sewing room on a Singer sewing machine in the Anderson home. Corduroy fabric was used to withstand the Minnesota winter. Petra agreed to do the suit only if she was not required to get on a ladder to take the big fellow’s measurements. 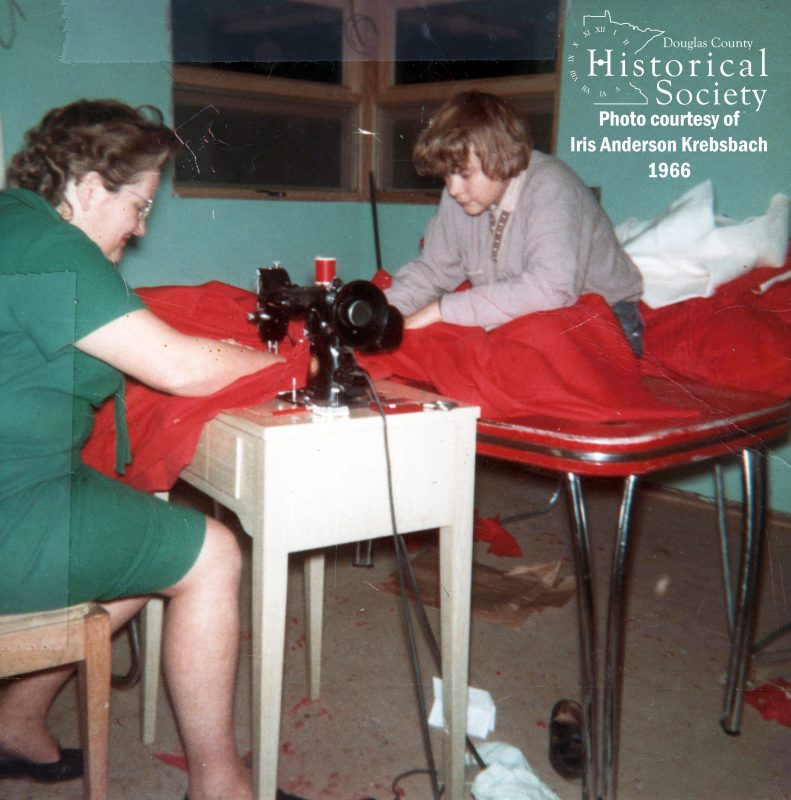 Vandals lit the suit on fire in 1967, causing damage to Big Ole, who was sent away temporarily for repairs and fire-proofing measures. Over the summer of 1968, Petra crafted a replacement suit for Big Ole, this time in the kitchen where material could be spread out over tables. One of Petra’s daughters were required during sewing sessions to help feed the material through Petra’s sewing machine. The Santa costume would later be discontinued as it was feared vandals could strike again and cause more serious fire damage to Big Ole. 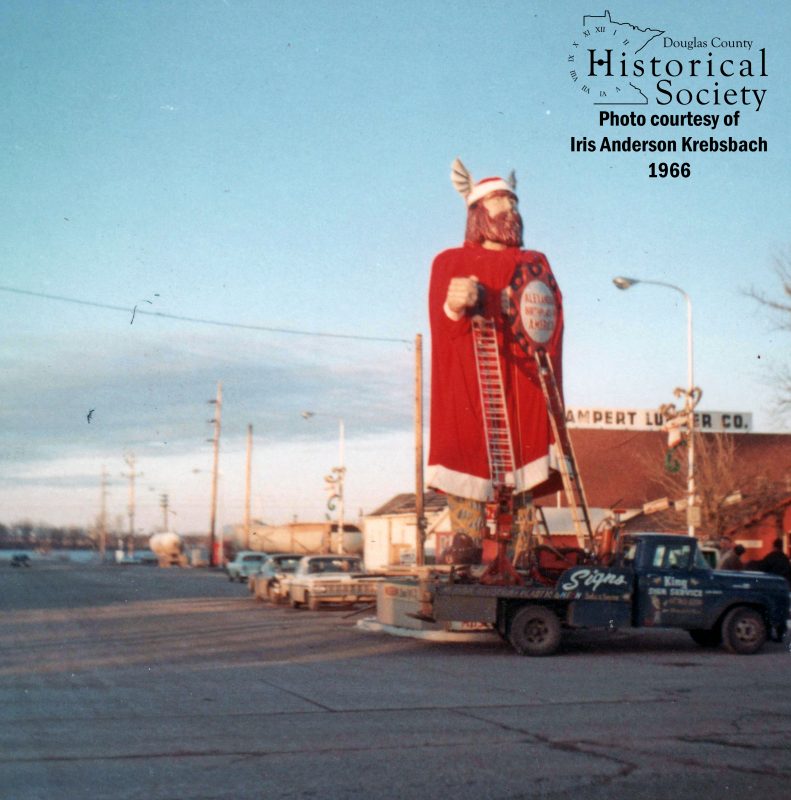 The suit took 110 yards of red corduroy and 3 large white bed blankets. The spear was removed and replaced with Santa’s Toy Sack, which took about 46 yards of material. Big Ole has a 6-foot hem around the wrist and a twelve foot neckline. 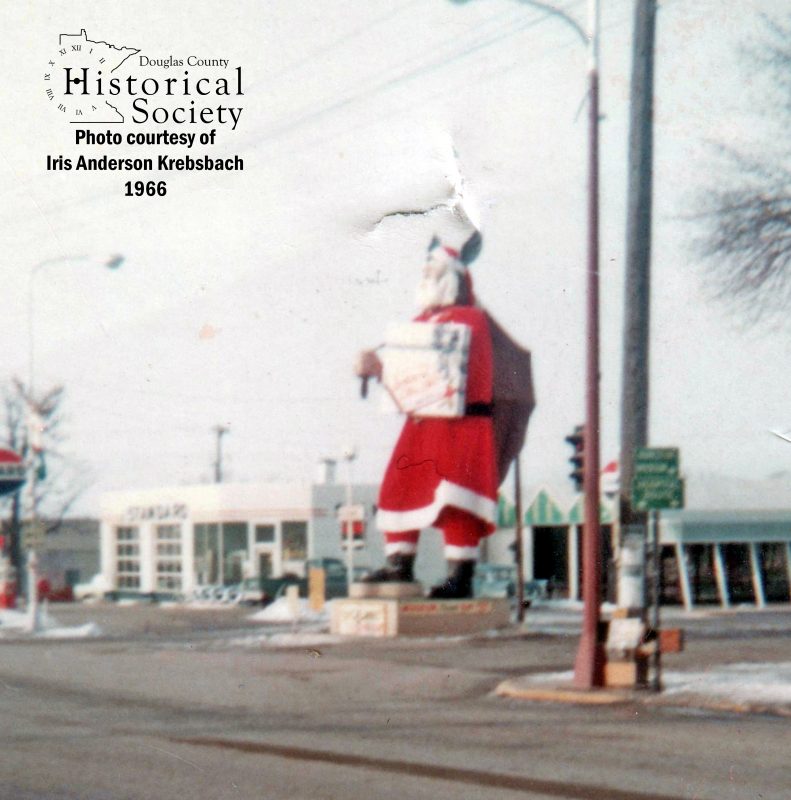 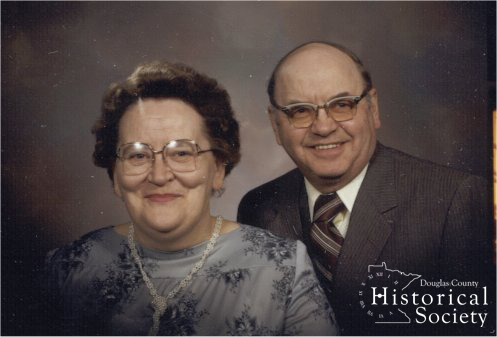 (Photo of Petra and Glenn Anderson)