No cow in Douglas County is as famous as Molly the Cow. She is quite possibly theo nly cow in all of Douglas County to have gone “through” High School. How did she manage that?

It was late October in 1909, a time when young boys and girls often played pranks. On Halloween night, many teenaged boys would even engage in outhouse tipping, but one group of boys in Alexandria decided to get the fun started a little early. In the week leading up to Halloween, some students at Central High School noticed a series of escalating pranks. One young lady even rescued a cat where it had been placed inside of a piano to “surprise” the Music Teacher. (The cat was not happy about this arrangement.)

Halloween morning, a farmer with his barn near Central High School noticed his milk cow, Molly was missing. He thought it was strange, since he’d left her in her stable the night before. 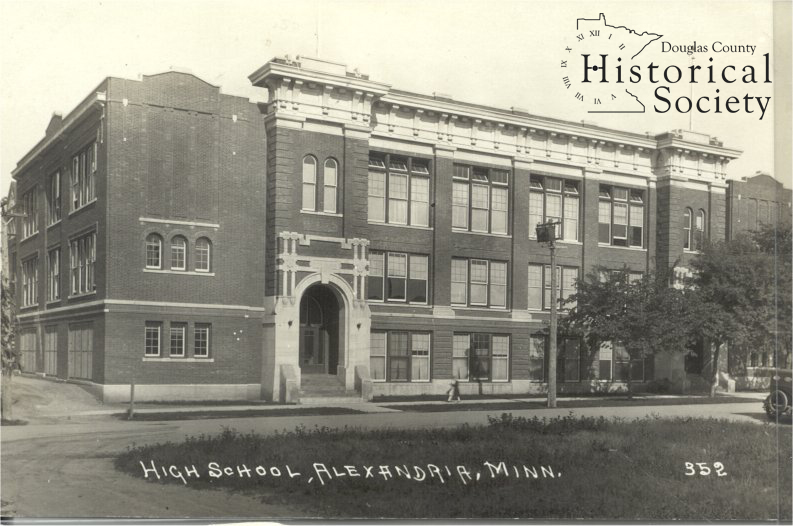 Unknown to him, a group of three boys had snuck into his barn, untying Molly and leading her up to the top floor of Central High School. Cows can be convinced to walk up a flight of stairs, but they almost always refuse to walk down a flight of stairs. School was canceled for the day while teachers and local men tried to figure out how to remove Molly from the building.

Eventually, a rudimentary chute was constructed from wood so Molly could be flipped onto her back and slid down the stairs and then walked out of the school.

The boys responsible for the prank were quickly found out and expelled. No other school in the county would take more than one of them, fearing future pranks they might come up with. Students weren’t even allowed to talk about Molly, though souvenir postcards of the famous “Cow Who Went Through High School” were quickly made and distributed. (A student brought one of the postcards to school the next week to show a friend and was suspended for the action.) 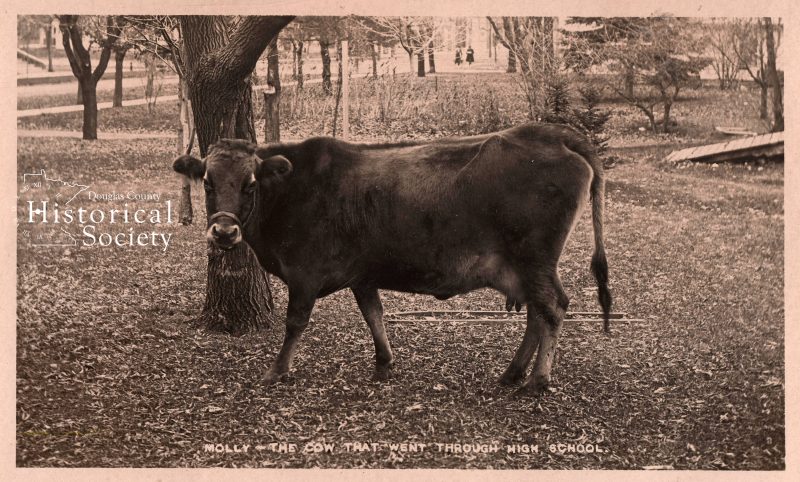 Molly lived the rest of her natural life as a happy cow, though she is now one of Douglas County’s most famously “educated” residents! 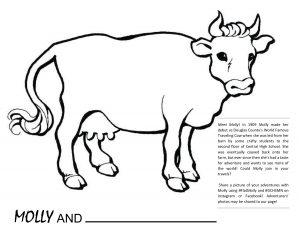