We will be unable to give tours until further notice. We are happy to take research requests via email at historic@dchsmn.org or phone at 320-762-0382. If you would like to do research in-person, please call or email ahead to arrange an appointment. Thank you for your understanding.

Immediate needs may be emailed to brittany.johnson@dchsmn.org.

Have you seen the 1918 Red Cross Quilt at the Douglas County Historical Society? Today, in honor of National Quilting Day, we’d like to tell you about this amazing quilt (which raised $3,500 in today’s value during WWI). 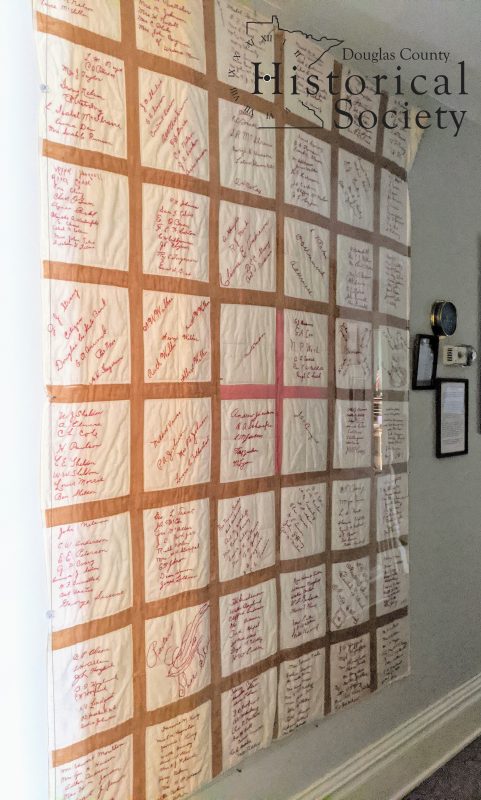 In 1918, during WWI, Cora (French) Hansen was made chairman of the Red Cross in Hudson Township. She decided to make a personalized quilt as a fundraiser.

Mrs. Hansen made 42 blocks, 13″ square out of white fabric. They were circulated throughout her township and the greater county. Names could be written on the blocks for a minimum donation of 10 cents – with larger amounts sometimes securing their own block. Cora Hansen donated her time and the materials needed to make the quilt, from start to finish. 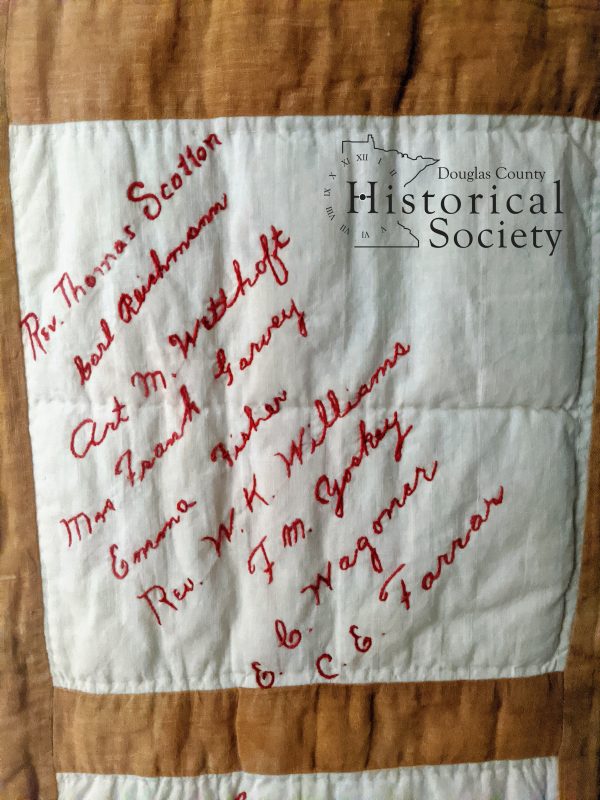 Sashing between blocks was done with a blue fabric, which has now faded to a tan color, over a century later. The center of the quilt bore a Red Cross to honor the organization. The quilt was hand quilted by the Forada Presbyterian Ladies Aide, of which Cora Hansen was also a member. 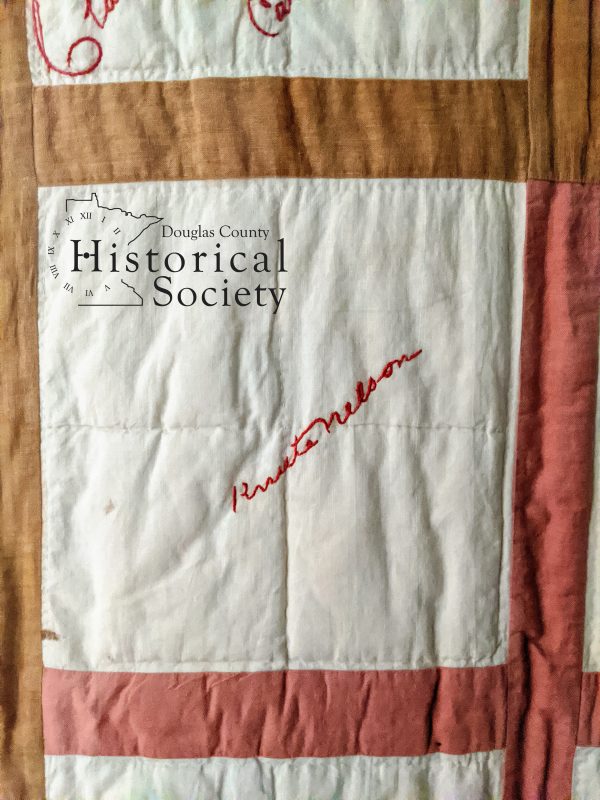 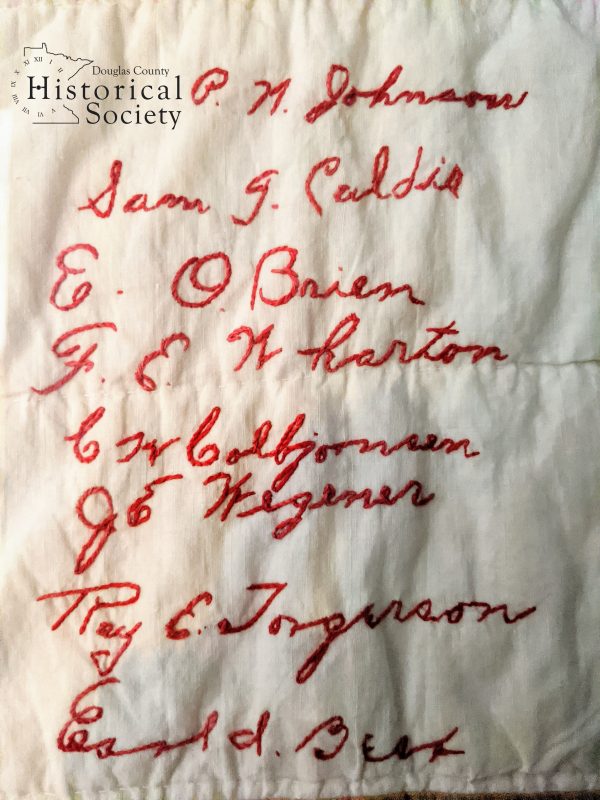 The quilt raised over $200 for the Red Cross during WWI – a sum of nearly $3500 today. The quilt was passed along to Cora Hansen’s daughter, Luree (Hansen) Lybeck.