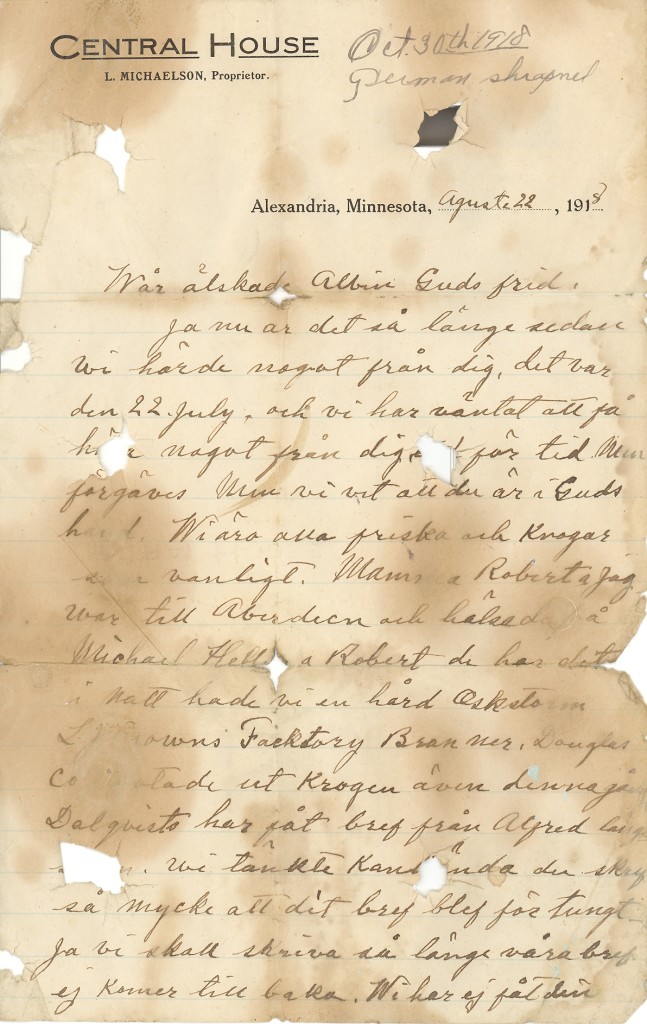 One of the upstairs rooms at the Douglas County Historical Society in Alexandria is dedicated to those men and women from Douglas County who served in the Military.  One of the displays tells the story of Carl Albin Michaelson, who served in France during World War I.  On display is a copy of a letter written by his father Lars Michaelson, that was in Carl Albin’s pocket when he was hit by German shrapnel.  A small New Testament in his pocket stopped the projectile, and Carl Albin “Al” Michaelson later noted in pencil:  “Oct. 30th 1918 German shrapnel.”  The tightly folded letter was pierced in layers.

The letter was in Swedish, written by a worried father, who certainly must have seen the death notices of other Douglas County soldiers in the Alexandria newspapers:

Well now it is so long since we heard something from you. It was July 22nd, and we have been waiting to hear something from you for a while in vain. But we know that you are in God’s hands. We are all healthy and working as usual. Mom, Robert, and I went to Aberdeen and visited Michael H and Robert, they are well. Last night we had a bad thunderstorm.  L.J. Brown’s Factory burned down, Douglas Co. (??) and the tavern as well.

Dalqvists have received a letter from Alfred a while back. We thought perhaps you wrote so much that the letter became too heavy. We will write our letters as long as they aren’t returned. We have not received the life insurance yet.

How is it going? Do you have to work hard? Do you have poor food? Are you very warm? How do you like France’s lovely earth? 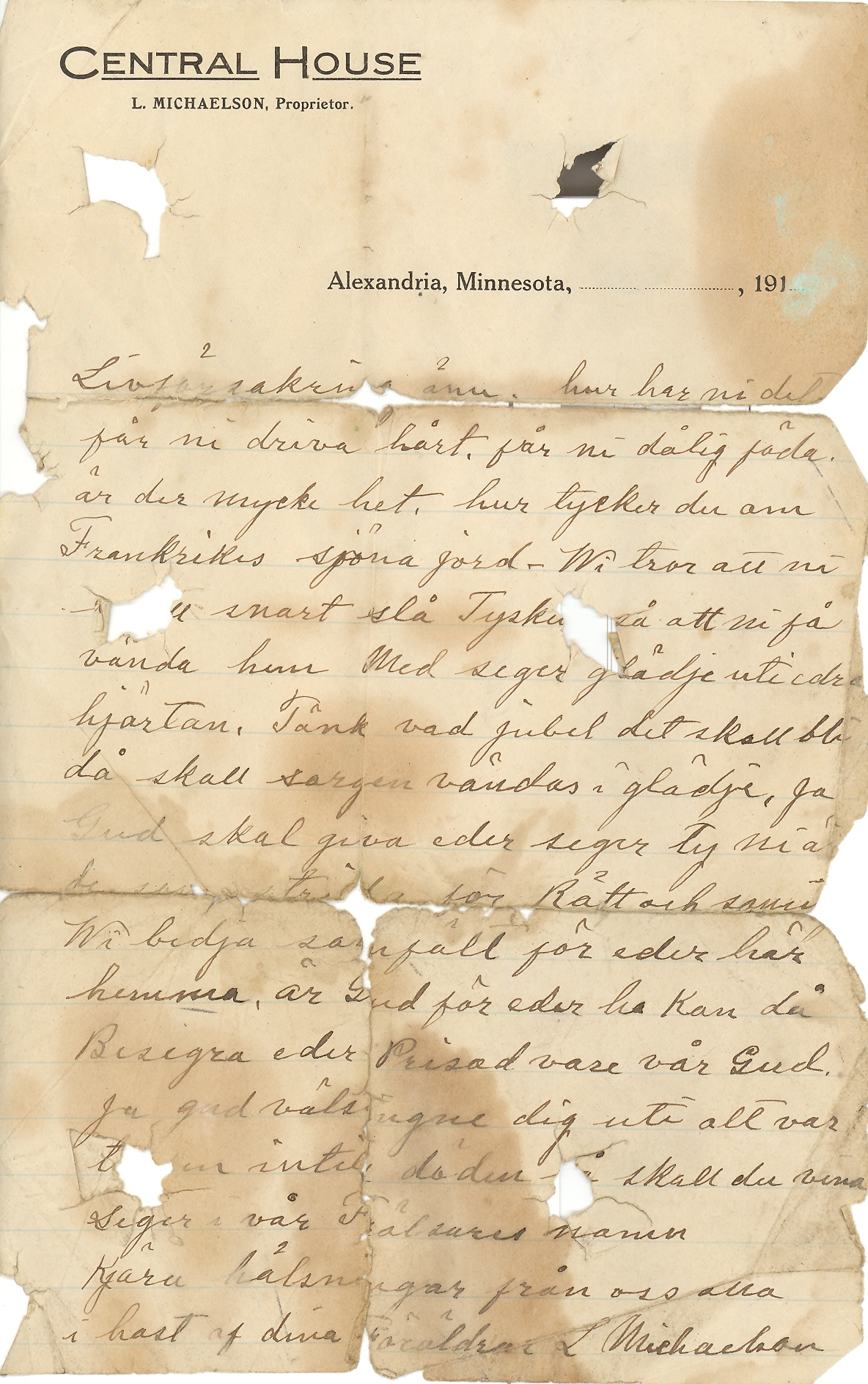 We think that you will soon beat Germany so you can return home with the joy of victory in your hearts. Imagine what jubilation there will be and then the sorrow will be turned to joy. Yes, God will give you victory because you are fighting for Right and Truth. We pray for you here at home, and if God is with you will win. Praised be God. Yes, God bless you until death and you will be victorious in our Saviour’s name.

Dear greetings from us, in all haste, from your parents, L Michaelson.

Carl Albin Michaelson returned home to Minnesota after the war, married and raised a family. He is buried at the Kinkead Cemetery.