You are invited! “Minnesota’s Lost Towns” Presentation at the DCHS, July 14th 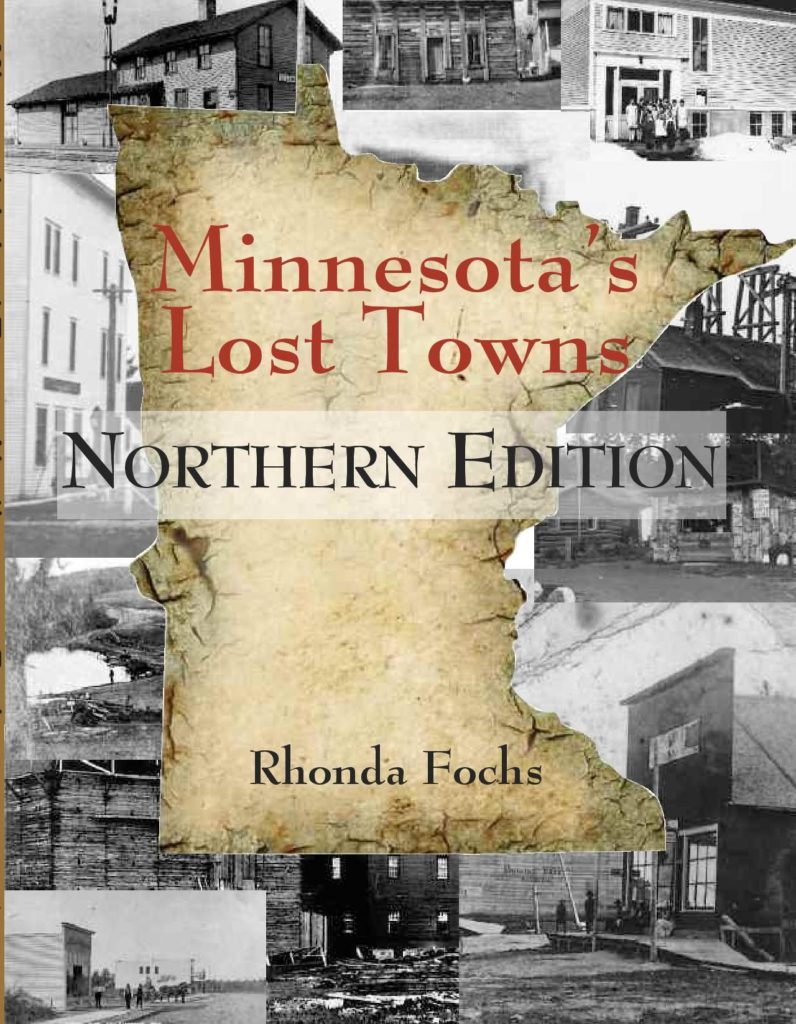 Minnesota Regional author, Rhonda Fochs, will be providing a historical presentation and an overview on “Minnesota’s Lost Towns” the newly released local history books published by North Star Press of St. Cloud. There are three books in the series, “Minnesota’s Lost Towns: Northern Edition, released in 2014. Two new books, “Minnesota’s Lost Towns: Central Edition” and “Minnesota’s Lost Towns: Northern Part 2” were released in May of 2015. The books tell the tale of over 250 northern Minnesota lost locations and nearly 200 central Minnesota towns. Each town, once thriving and now no longer existing as a town, is covered in a short, fun-to-read narrative. Read how the towns were created, how they grew and prospered, why they died and what you will find there today. Filled with anecdotes, historical photos, current photos and the history of each community, the books appeal to historians, genealogists, tourists, travelers, area residents and anyone that enjoys a good story.

The presentation will include a discussion of what makes a lost town, the life stages of lost communities, the different classes and categories of lost towns and features historical photos and fun anecdotes about the people and places. Several area locations will be included.

Spruce Hill was fortunate to have Ada Johnson’s drawing of the village from above to help us remember that Lost Town.  Today, foundations and cellars still exist in the Spruce Hill Park in Douglas County. 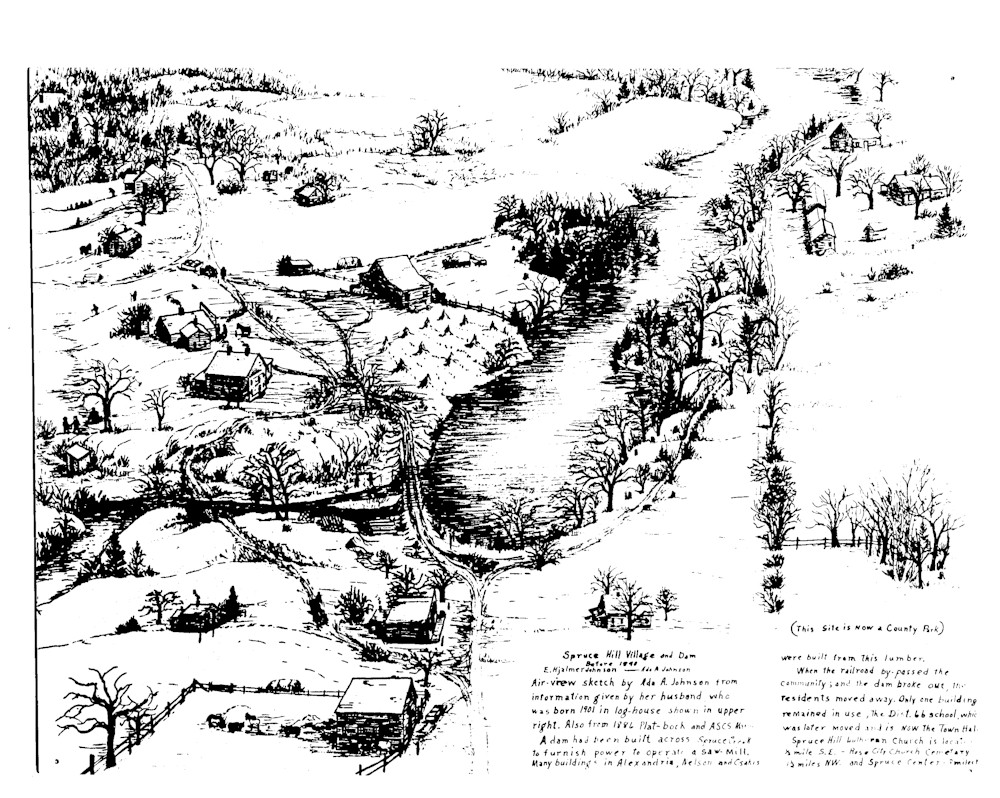 The 75th Anniversary of the Spruce Hill Lutheran Church in the 1950’s. Many of these in the photo were back for the celebration, but had left the area long before. 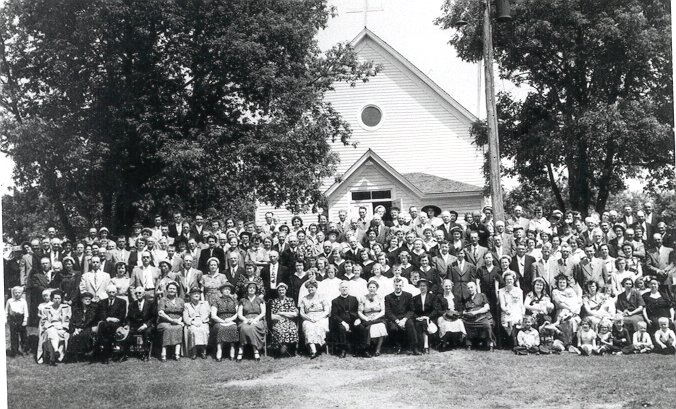